THE DIFFERENCE BETWEEN EMI AND EMC

The terms Electromagnetic interference (EMI) and electromagnetic compatibility (EMC) are often used interchangeably when referring to the regulatory testing of electronic components and consumer goods. Because they are related in many ways, it’s easy to confuse the two. In this article, we attempt to demystify EMI and EMC, and to provide a basic, general overview of the types of testing equipment employed, and the respective requirements in each area.

Any electronic device generates some amount of electromagnetic radiation. We think of electronics as closed systems, but, the electricity flowing through circuits and wires is never fully contained. This energy can be propagated through the air as electromagnetic radiation, and/or conducted along (or coupled onto) interconnecting I/O or power cables, which is typically referred to as ‘disturbance voltages’.

Anyone designing, manufacturing, or importing products with electronics inside needs to care about EMC compliance. EMI and EMC regulations are in place throughout the world to provide improved reliability and safety to users of electrical and electronic equipment. These regulatory bodies have set specific limits on the amount of unwanted emissions that can be emitted from a device.

While there are many safety and reliability reasons, the primary goal of these commercial limits is to prevent interference to nearby television and radio receivers. Failing to pass EMC compliance can result in fines, seizures, or even product recalls. 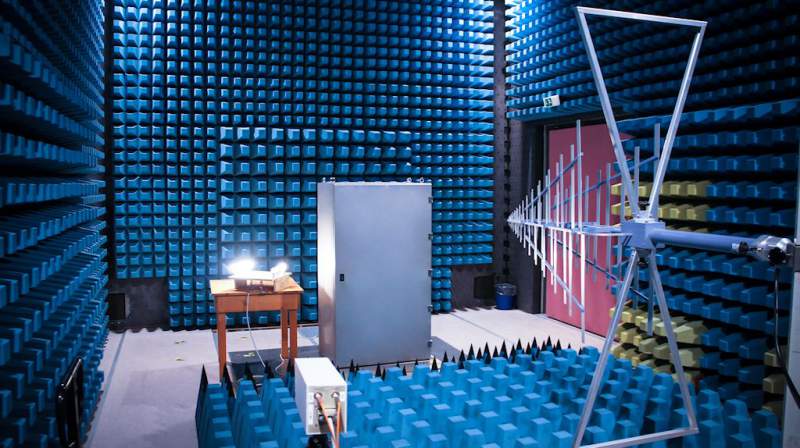 EMI can be defined as ectromagnetic energy which affects the functioning of an electronic device. Sources of EMI can sometimes be naturally occuring environmental events, such as electrical storms and solar radiation; but more often than not, the EMI source is another electronic device or electrical system. While EMI can be generated from any electronic device, certain equipment and components – such as cellphones, welders, motors and LED screens – are more likely to create disturbances than others.

Because it is rare for electronics to operate in isolation, products are generally engineered to function in the presence of some amount of EMI. This is particularly important in military-grade and avionics equipment, as well as devices requiring superior reliability in all situations.

EMC is a measure of a device’s ability to operate as intended in its shared operating environment while, at the same time, not affecting the ability of other equipment within the same environment to operate as intended. Evaluating how a device will react when exposed to electromagnetic energy is one component of this, known as immunity (or susceptibility) testing. Measuring the amount of EMI generated by the device’s internal electrical systems – a process known as emissions testing – is another.

Both aspects of EMC are important design and engineering considerations in any system. Failing to properly anticipate the EMC of a device can have a number of negative consequences, including safety risks, product failure and data loss. As a result, a wide range of testing equipment for EMC and EMI has been developed to give engineers a clearer picture of how a device will operate in real-world conditions.

TEST FOR EMI OR EMC

To ensure EMC/EMI compliance with regulations, many companies have historically employed the services of a specialized test facility, or test house, to perform EMC pre-compliance and compliance testing.

Emissions testing isthe process of measuring the RF emissions – both radiated and conducted – of a device or EUT to determine if its emissions levels do not exceed the limits defined by the appropriate standard.

Immunity testing isthe process of transmitting RF energy onto a device or equipment under test (EUT) to determine if the EUT operates correctly and without fault while under such an environment, according to the appropriate standard. 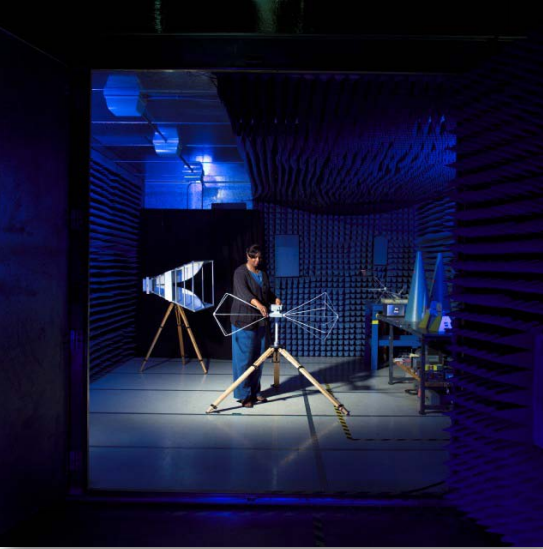 Open-air test sites, or OATS, are the reference sites used for most standards. They are especially useful for emissions testing of large equipment systems. However, RF testing of a physical prototype is more often carried out indoors, in a specialized EMC test chamber . Types of chambers include anechoic, reverberation and the gigahertz transverse electromagnetic cell (GTEM cell). Compliance tests are commonly done prior to production of a device. Emissions testing includes both radiated and conducted emissions tests.

Radiated emissions arethe intentional and unintentional release of electromagnetic energy from an electronic device. A radiated test is performed to ensure emissions emanating from the Device Under Test (DUT) or the Equipment Under Test (EUT) comply with the applicable limits.

Conducted emissions are the coupling of electromagnetic energy from a device to its power cord. Like radiated emissions, the allowable conducted emissions from electronic devices are controlled by different regulatory agencies and testing is performed to ensure emission levels are below the applicable limits.